Catalina Landing, also known as Queens Way Landing, is actually considered a historic Naval Landing. The U.S. Navy acquired the site sometime between 1958 and 1960 from the City of Long Beach. Personnel used the sites for fleet motor launches.

Rising focused on creating a lifestyle workplace, catered toward community and sustainability. After final completion of capital improvements, final photography and drone video was a must. 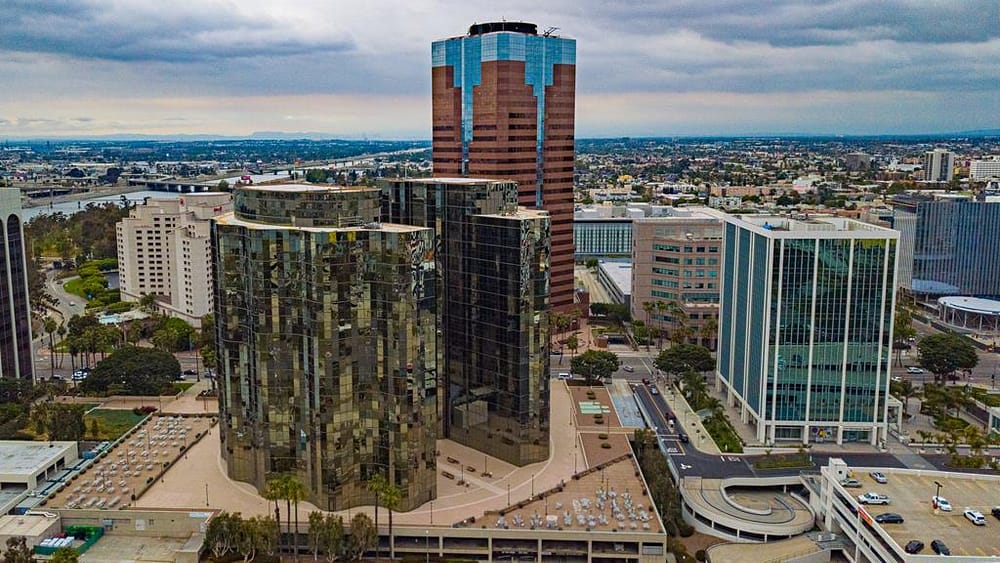 Rising wanted to showcase the elegance of their buildings as well as the surrounding Long Beach area. What better way, they thought, than by using drone video to capture Catalina Landing.

In order to highlight the uniqueness of the Long Beach property with drone video, Friedman Studios took advantage of the beautiful water backdrop and modern look of Catalina Landing.

Every angle we saw from the drone was picturesque. In other words, our challenge with this Long Beach property was to get all the photographs and video before the sun set!

Another challenge we faced was the high winds affecting drone flight and drone video quality. While our drone is capable of self-stabilizing, we still faced difficulties when photographing building close-ups. To put it into perspective, imagine running with a bowling ball and trying to quickly turn to avoid a wall! This meant we employed a drone operator as well as a second person keeping an eye on the drone during flight.